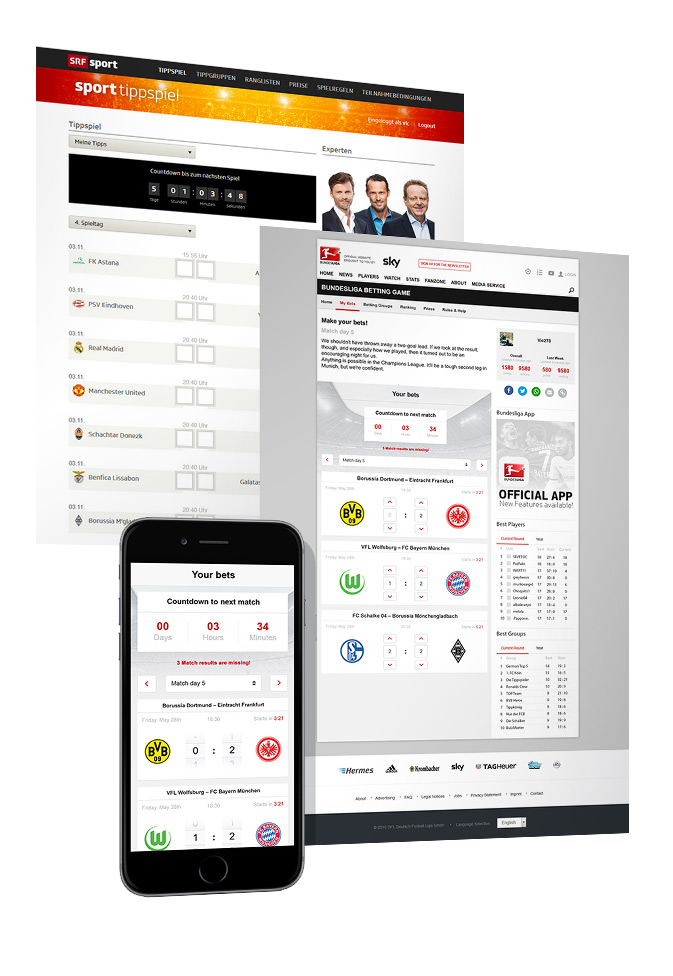 A prediction game designed for all kinds of sports and other tournaments and season-based games and events. The users predict the outcome for each match of the tournament/season

Users can create leagues or join leagues. Each league has an internal ranking.

All matches and results can be entered via an intuitive backend or imported automatically from a data feed. We've already connected to the leading feed providers and many custom client feeds.