After the great success of the 2008 and 2009 track and field season game Neopoly developed for the IAAF, this follower project on the Berlin Championship was set up. The user can select from all athletes covered in the IAAF ranking and can set up an individual team of athletes for every event. The user determines which of his athletes represents his team in the event. After the event, the game management enters the results by use of which the rankings are generated. 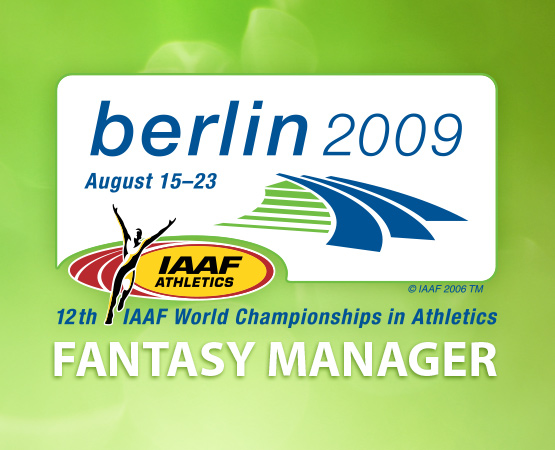