Mobile App of the official game

The fans of the Italian football remained loyal to the Panini Adrenalyn XL multiplayer card game for the season 2016/17. The users sweat and shed tears in exciting online and mobile matches together with their favorite Serie A football players.

The users have the opportunity to win great monthly prizes by following their passion and bringing their Adrenalyn XL Series A team to the top of the rankings.

The platform is applicable for nearly every topic from sports to monsters and vehicles. Users compete against each other with a collection of cards in real-time matches on their desktop or mobile devices. They can join the game in 1-vs-1 matches and tournaments or play the single player campaign with an offline league.

Users create their own line-up with soccer players by activating their real Panini Adrenalyn XL cards or by buying players with earned coins.

The line-up will be shown on a game board which looks like a soccer field. The users pick a card to attack the opponent and decide which value to use (attack, defense, game control).

The aim of the game is to beat the opponent’s line-up with the own players. Users earn coins for won matches and achievements. They can use the coins for buying additional players or modification cards in the virtual market. 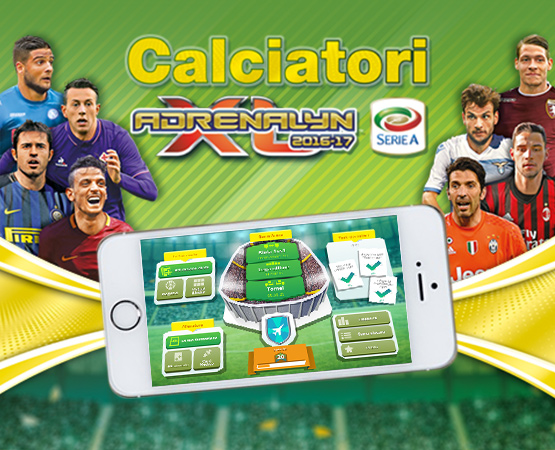