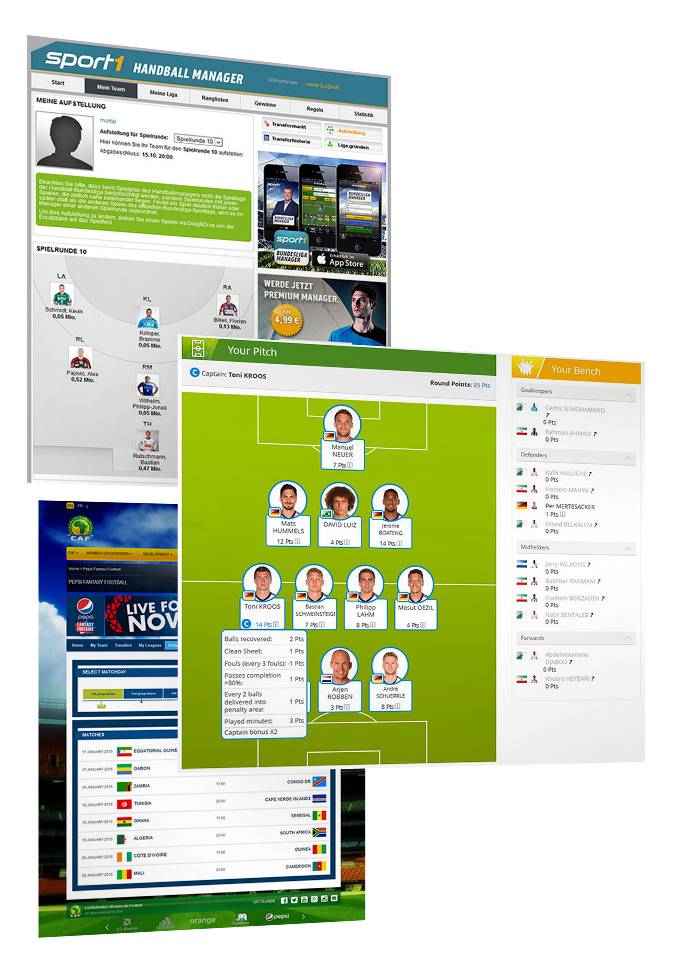 Players line up their teams with a virtual budget of e.g. 50 million EUR and try to climb the top of the rankings with their „dream team“. Players can reassemble their teams, e. g. from the German Bundesliga (about 500 players available), after each match. The team‘s success is based on by the real players‘ performance in the league/tournament.

Apart from football, the platform can also be used for similar types of sports like hand-ball, rugby or ice hockey. Several games have already been developed for cycle racing, ski-jumping and track & field.

It‘s possible to use a so-called basic scoring as well as an external scoring. The basic scoring awards points for the match result, scored goals, red and yellow cards, assists and substitutions. An alternative is the utilization of an external data feed that allows a far more complex scoring. In some games Neopoly employs a scoring that contains more than 100 parameters.

Another version is the editorial evaluation: a sports editorial staff creates a grade for every player which will be matched to points in the game.

Every game can have a stand-alone registration or it can authorize at an existing sign-on server. It is no problem to combine different registration services. E.g. utilizing the client account system but also let users login with their Facebook, Twitter or Google+ account.

The design of the game can be adapted to fit the client CI perfectly. The game can also run with several different layouts at once, which makes it easy to embed the same game on different portals and partner sites.