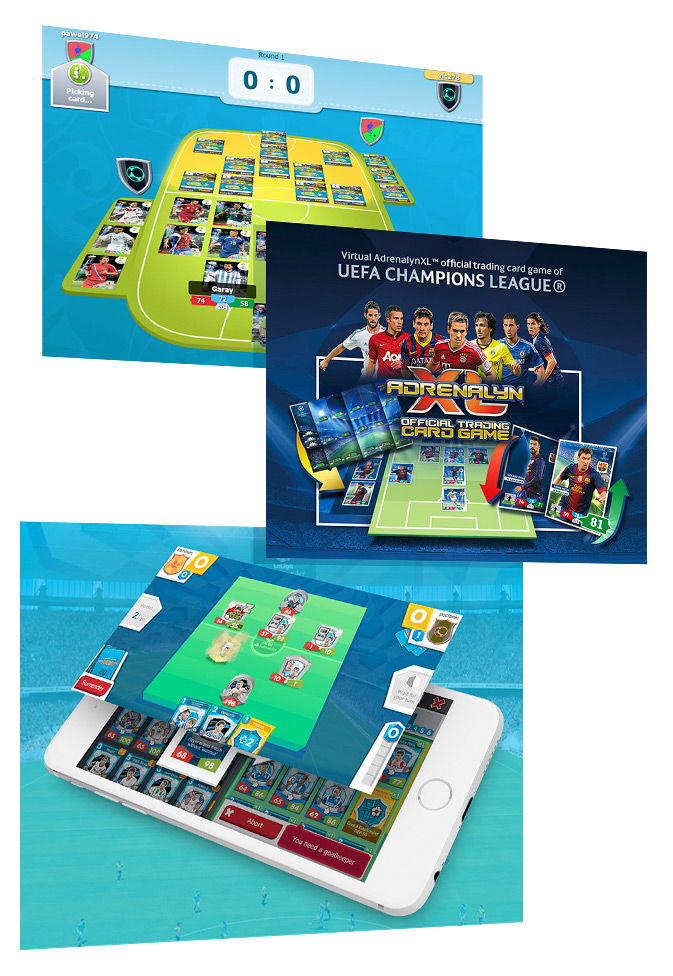 Setup your deck, enhance you cards and challenge other players for real-time matches! Cross-platform play on your computer or your iOS and Android device.

Next to 1-vs-1 matches players can join tournaments, master the single-player-campaign and play an offline league version of the game.

For won matches and achievements, users earn coins to buy additional player and modification cards on the virtual market.

Users activate their real cards by entering codes and play against other users online or against the CPU.

The game board reassembles a soccer field. Users set their lineup and pick cards as substitutes. Special "Stadium Cards" give a boost to cards of a specific soccer team.

The players each pick a card for their attack and decide which value to use (attack, defense, gamecontrol). With the use of modification cards and tactical fouls the gameplay remains dynamic and exciting.